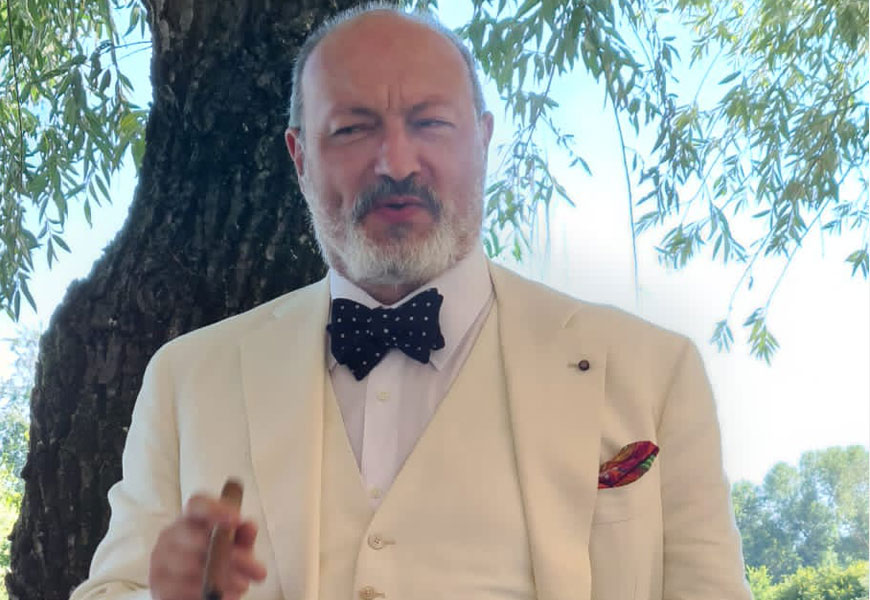 D: Could you tell us about when you first became interested in all things beautiful?

MP: I think I’ve always been captivated by things of beauty, especially by shapes and forms. As a child, I used to build incredible brick structures, works of pure imagination that I would invent, paying no attention to the models shown on the boxes.

Even elegance has always appealed to me. My mother had a real passion for clothes and great taste, and I think it was she who instilled in me the pleasure of being well dressed. When I was sixteen, I often wore a suit and tie to school. I liked it and didn’t mind being teased a little by my classmates. I’ve never accepted conformity, being the same as others, or wearing visible brands. I suppose it’s an affirmation of my personality that I’ve matured over time; when I was young, perhaps I would ask those who knew more about it to validate my choices. Today, I know exactly what I like, and I have no problem wearing clothing that may seem risqué and attract attention. I ordered my first Panama online when I was little more than a teenager; I remember it cost the handsome sum of 300,000 liras. I hadn’t taken into consideration the customs duties that my very irate father had to pay, a whopping 200,000 liras!

D: Have you had any style Maestros?

MP: No, I would say that I haven’t. I’ve learned a lot from the many people I’ve met and found insights and ideas in the Cavalleresco Ordine dei Guardiani delle Nove Porte. This association addresses, among other things, men’s fashion and elegance and provides a great deal of content that I find interesting and worthwhile. Then there are people I respect, such as, for example, Giovanni Alfieri, who has helped many people navigate the world of men’s finery.

Fabrics and rarities to bring unique outfits to life

D: How do you choose your clothes?

MP: Actually, it is the clothes that choose me through the fabrics I unearth in stores all over the world. A while ago, at Lafayette Saltiel, the historic Paris fabric warehouse founded almost 100 years ago, digging through the swatches, I found fabric from the 1940s, marvelous but a bit ruined by moths. It was love at first sight, and I immediately knew the style of a French colonial military uniform. Later I made it into a suit. It was the gorgeous fabric that prompted me. Everyone at the shop was stunned that I wanted to buy it. It was dusty and ruined, but I got it anyway, and at an excellent price, I must admit.

After Brexit, buying English fabrics has become more complicated and expensive. So, I’ve turned to looking for fabrics in Italy where there are undisputed excellences such as, for example, the Biella-based lanificio, or wool mill, Vitale Barberis Canonico. The tailors, those historical ones, have archives filled with magnificent designs; you can make incredible discoveries by browsing through them. I am pressing Maestro Andreacchio of Caraceni to reprint his now unobtainable book, a true source of inspiration.

D: Is there one single garment you are particularly fond of?

MP: Yes, it is a jacket made by Don Pasquale Sabino, a gift he surprised me with on a boat trip to Capri. He made it without even a fitting, using 90% cashmere and 10% silk fabric, 210 grams, which no longer exists today and which I treat with the utmost care. He was a true Maestro. I don’t wear this jacket if I have to go to a restaurant or somewhere where people smoke or if there are any potential threats to its safety. It isn’t just because of the garment itself, but rather what it represents to me; the friendship of an extraordinary man very dear to me. I first came to know him thanks to Gianluca Migliarotti’s film O’Mast, and he seemed unpleasant. But he was actually a wonderful person. He spoke in a very terse Neapolitan dialect; I had to learn it just to understand him. But we developed a deep understanding, a bond that happens very few times in life. I canceled all professional commitments to attend his funeral in 2020 and set off for Naples, something I have never done in my life.

A world of elegance between colors and tradition

D: How would you describe your style?

MP: I wouldn’t know how to describe my way of dressing in terms of a ”style”; rather, I try to dress with a classic flair, indulging my own tastes and without paying much attention to others’ opinions. I like to use my particular sense of color; I am proud of my red Habsburg coat, just like I love a purple fabric I had bought even with the skepticism of most, which, on the contrary, turned out to be spot on.

D: Who makes your clothing?

MP: I use a number of tailors even though, like everyone, I have my favorites. At the top of the list is Sabino, who was truly number one and whose art his sons are proudly carrying on. I also have an excellent rapport with the Caraceni family, who are true artists. Franco Puppato is a genius and Antonio Panìco is so good that he doesn’t even use paper patterns. Gigi Dalcuore was brilliant and his passing was a great loss, but his daughter Cristina and son-in-law Damiano have picked up the baton and are doing an excellent job. Then, of course, there are the master tailors of Savile Row in London, there too a world of style and elegance.

D: Pretty much only men…

MP: Yes, that’s right. It’s not a question of gender; it’s a question of context. There are areas where it’s better if it’s all men, and it’s not because you do or say ‘manly’ things; the presence of women alters the balance as it unintentionally triggers those competitive mechanisms. We males tend to go a bit over the top and aren’t fully relaxed. It’s no coincidence that women don’t go into the fitting room at the tailors’. I know it is changing, but I am a traditionalist in this… 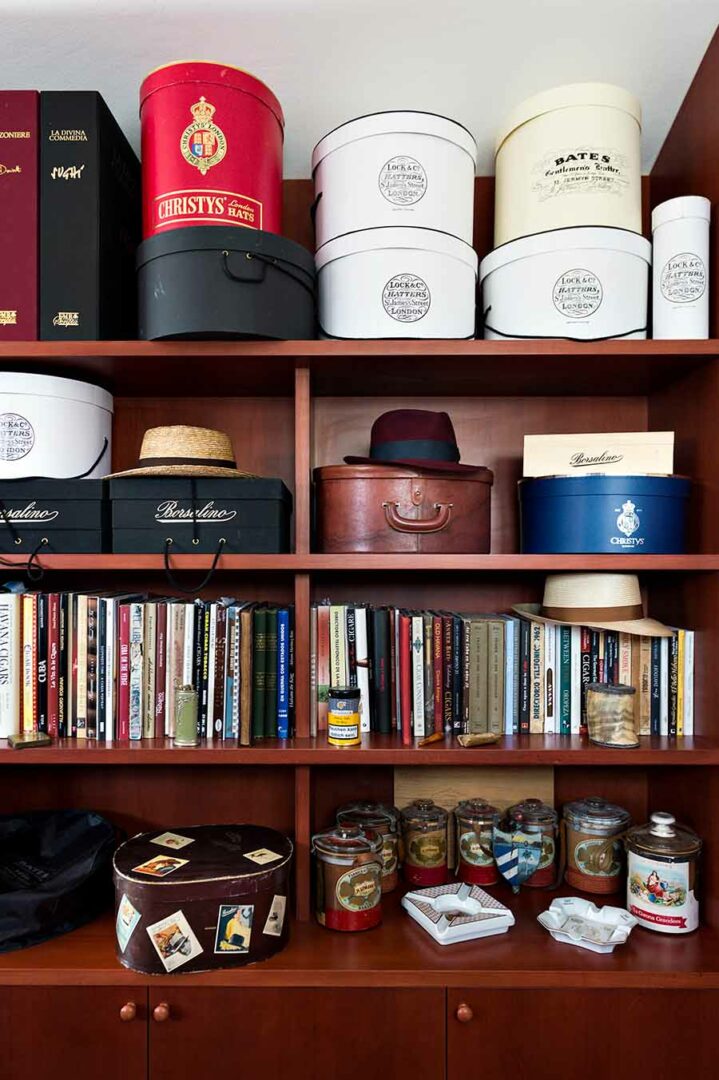 The perfection of timeless, tailored style

D: We’ve talked about fabrics, tailors, and colors. Now let’s talk a bit about your closet …

MP: (laughs) I’ll start by saying I first saw the Toscanini hangers at Huntsman’s in London and knew at a glance that they were truly special. I then saw them again sometime later, featured in Men’s Style magazine and haven’t looked back since. I use them for my jackets, coats, trousers, for shirts… If I happen to pick up a suit from the tailor’s hung on a plastic hanger, the first thing I do when I get home is to replace it with a wooden Toscanini hanger!

My closet is organized by color, fabric and occasion, a system that allows me to immediately find the piece I am looking for. I am having a new custom closet made for my 40 suits; then I have a hundred hat boxes, about 200 ties, scarves, and an endless number of clutches, which are my passion and something I would never give up. Mariano Rubinacci knows well this weakness of mine, and every time I pass by, he shows me some wonderful pieces and I can’t resist…. I keep my shirts hanging because I have a lot of them, and folding them would take up too much space in my drawers and get squashed. They are washed at home and then sent for ironing.

D: What can’t you tolerate?

MP: Poor taste is just something I can’t stand. I can’t go to the beach anymore because the sight of so many flip-flops and tank tops drives me crazy, let alone seeing them worn in the city! Nowadays, people don’t have a sense of what is appropriate in any setting; even in courtrooms, I find this quite unacceptable. Style changes and evolves, it’s true, but a men’s closet should stand on an unchanging foundation and have certain underlying assumptions that without which, no matter what you add, it cannot be considered stylish.

D: One last little something?

MP: Naples is one of the cities I love most, its beauty is absolute, and it’s a pity it remained hidden for so long. It makes me happy to know it’s finally reclaiming its rightful place and that the magnificence of its architecture and sites are once again enchanting visitors. It must be because they have been inspired by so much beauty that Neapolitan tailors are so talented. Once, I was walking around Naples when a lady called me from the other side of the road to ask me if Panìco had made the suit I was wearing. Stunned, I told her that yes, indeed, it was a Panìco suit; she said it was apparent that he was an excellent tailor and left. This is to say that there is a distinctive style that is easily recognizable for its sheer perfection. 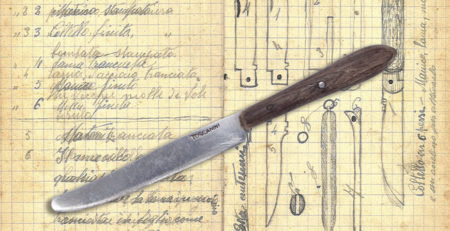 2020 is a special year for us at Toscanini. It is the year of our centenary. The story of our family... read more 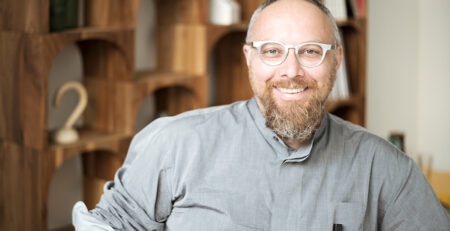 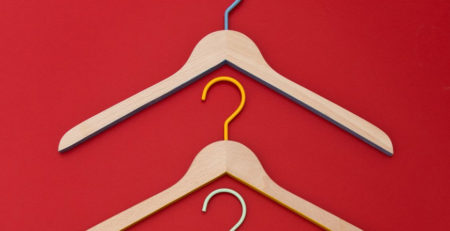 It is with immense pride that we inform you that until 29 September 2019 Toscanini is at the MoMA Design... read more

Toscanini, a company with a long history, has a wealth of anecdotes and stories that, together with our products, are... read more 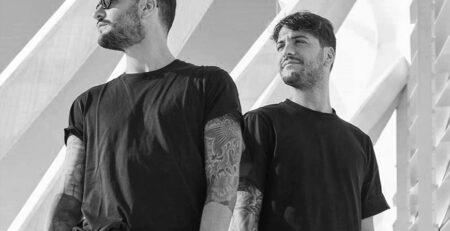 The renewed tradition of Made in Italy, Kiton makes the difference – Mariano and Walter De Matteis talk about KNT

We're talking with Mariano and Walter De Matteis, twins in their early thirties and the 3rd generation of the Kiton... read more 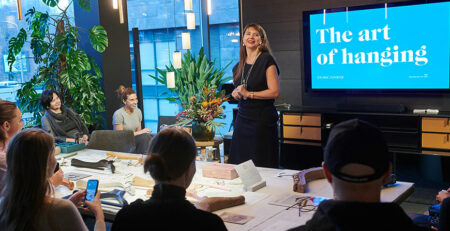 Toscanini is more than a Made in Italy company. Its passion for details and precision has always distinguished the Toscanini... read more 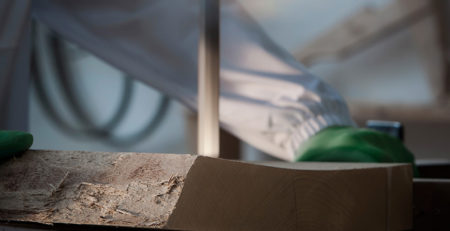 Sustainability as a corporate strategy for 100 years. Care of the environment and of people has always been an absolute... read more